Along with Shipping Transactions, Agiliron has added another transaction module - Received Transaction. This new module captures every Receiving made in the system through any of the methods (User Interface, API, etc.) and provides one-stop visibility into which items were Received, when, to which location, etc.

NOTE: This module will populate only for new receiving (not historical ones). 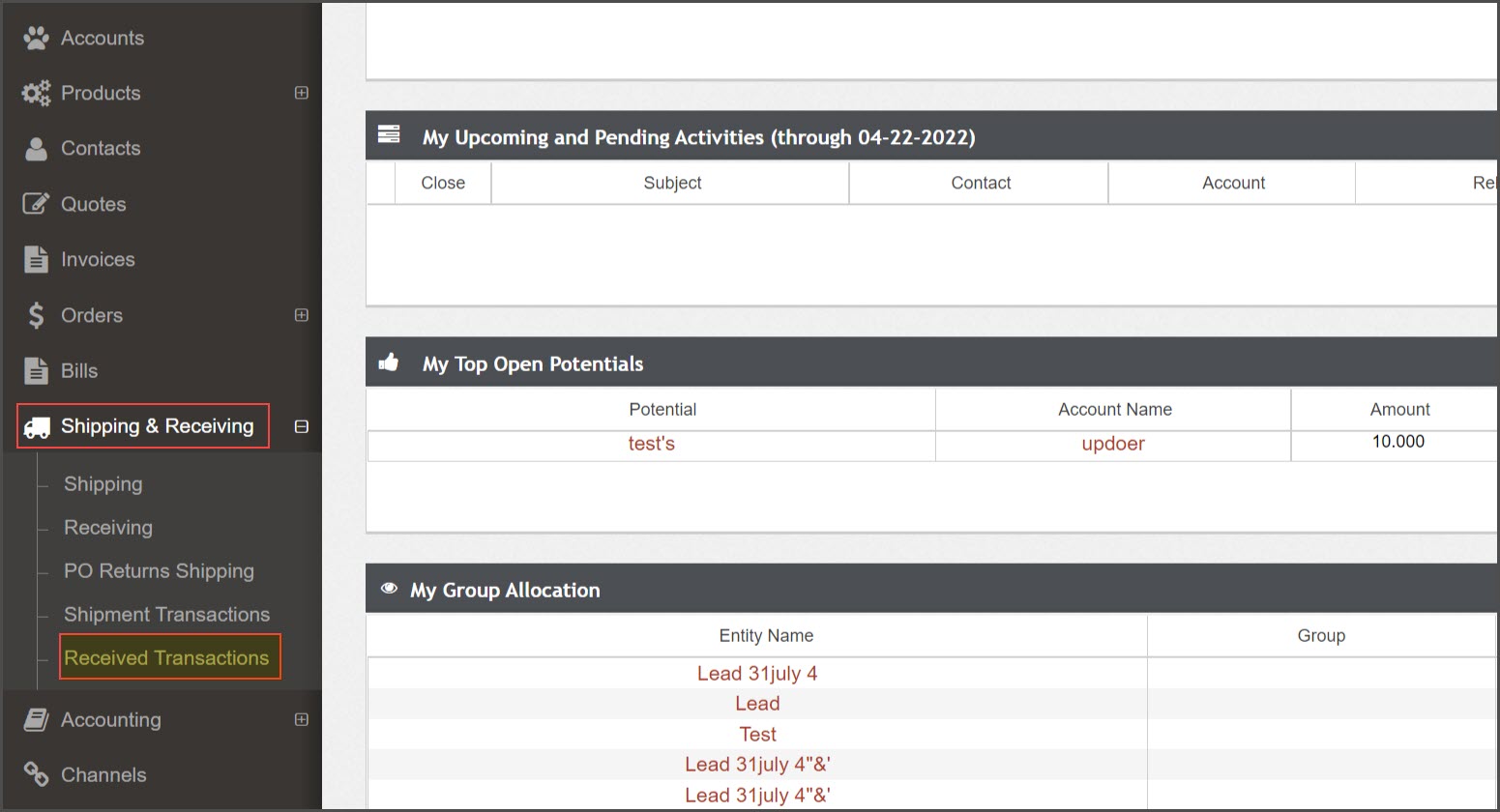 The Received Transaction List will open where you can see the multiple receiving you've done, even the partial ones. Let's click on one of the received order no. 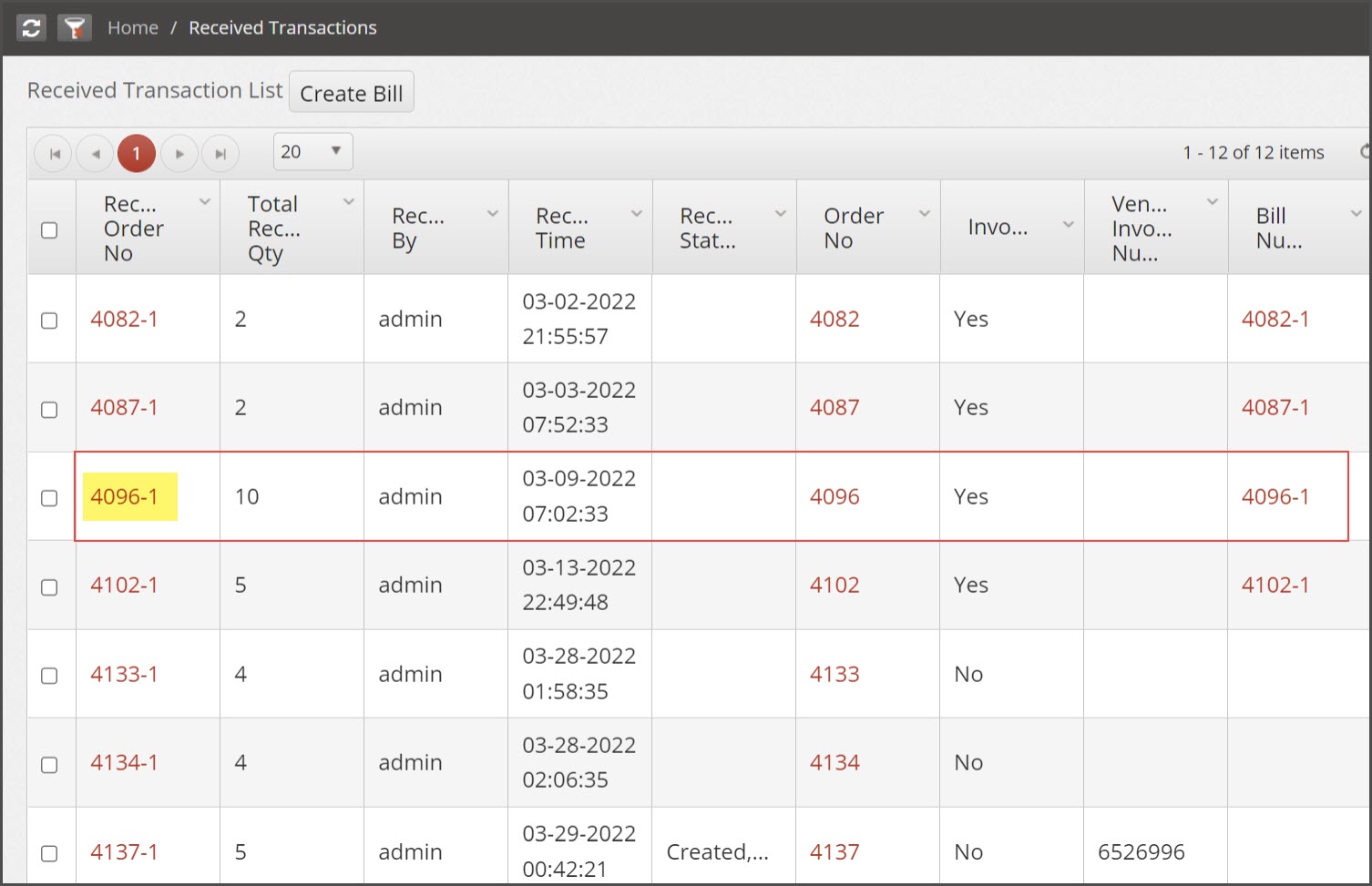 Similar to the Shipping transaction, you get complete visibility related to the received transaction. Details like which line items were exactly received, the tracking number, the ordered quantity, and the received quantity are displayed.

Also, the status associated particularly with this received transaction is visible. If the invoice was generated, the invoice status and the vendor invoice number, also the bill number are seen. 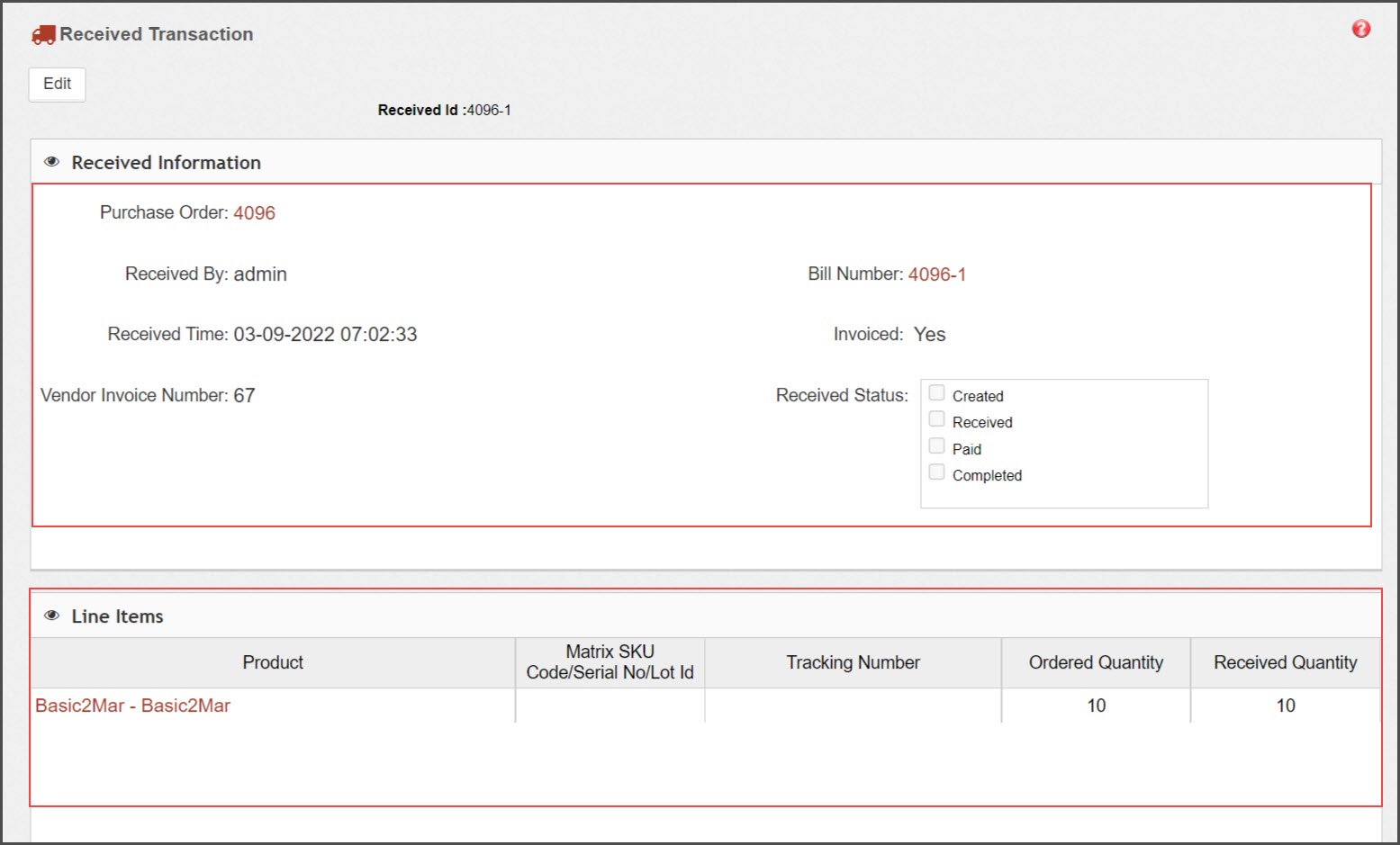 Now, back in the list view, there is a Create Bill button. You can select one or multiple received order numbers and click on Create Bill to pay the vendor. This will generate bills only for the line items you have selected.

When you select multiple, the system will combine them together and create one bill (comprising all received order numbers selected). So if you want to create a bill for each particular PO received then select one at a time. 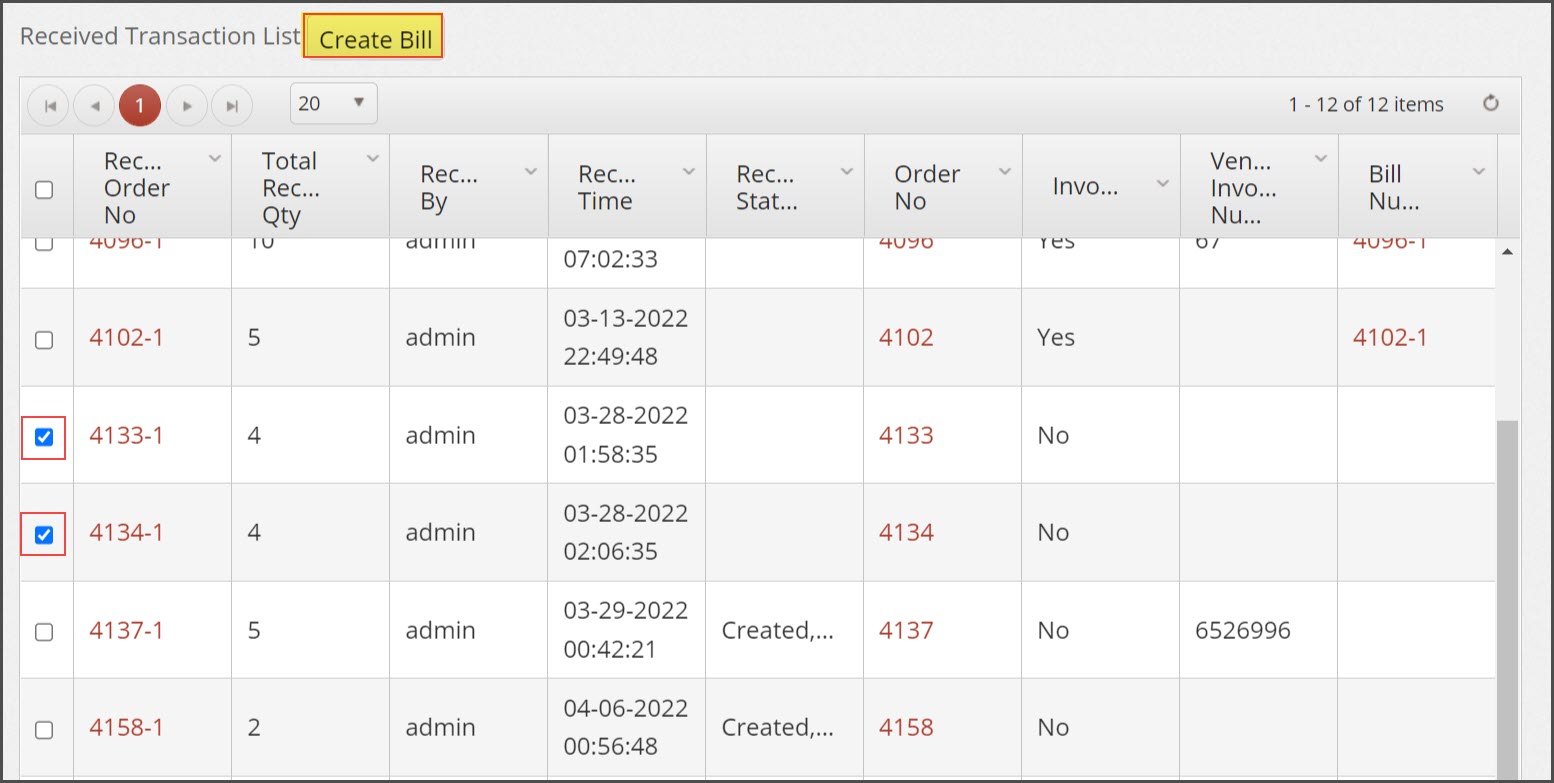 Note - If Partial Receiving is applied to an order, this module also allows for the user to generate a Bill for the partial receiving of a Purchase Order.


This module tab is also available on the Purchase Order page as a sub-tab “Received”.